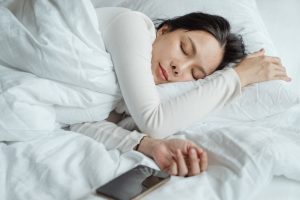 Nothing better than getting home after a tiring day, taking a shower and sleeping . Healthy sleep is extremely important to recovering your body and preparing you for a new day. And even if you’re a person who doesn’t like to sleep much, we all need a good night’s rest. And we each have our sleep habits. Whether it’s a nap or a long night we all sleep.

And among sleep habits, a much talked about is the famous nap. In these times when many people are working remotely from home, it is possible to fit a few minutes of sleep into the daily routine. And taking a nap is not just for the pleasure of doing nothing, but also for the benefit it can have on your health.

It may sound strange, but it’s true. Nap rest is good for you and increases your productivity, not the other way around. So we show you some benefits that napping can bring you.

Brazilians have been sleeping less and less. On average, we only sleep 6.4 hours a day, which is less than Chinese, American and British workers. This is not a good measure. In addition to being almost natural to relate this information with the fact that Brazil is the country with the highest prevalence of anxiety in the world.

So, a nap in the middle of the day is not only good for the person, but also for society. This is because sleep deprivation in the economy causes billions of losses in the economy and decreases the productivity of both companies and workers. 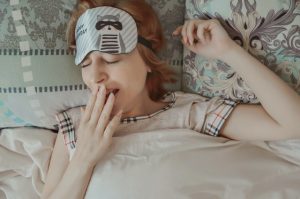 That said, it’s important to focus on the good old-fashioned nap. Its health benefits are many. As an example, in just six minutes, naps in the middle of the day increase people’s motor skills and even their attention.

According to a NASA study, pilots who slept an hour before picking up a military aircraft had twice as much attention and also performed 34% in piloting than those who didn’t.

In addition, another benefit of napping is the support it gives the immune system. That’s because these hours of sleep can balance the production of cytokines and also makes the immune system can act in a better way. As if that wasn’t enough, napping also decreases the chance of an excess of proteins that can harm the body.

“Sleep disorders make the organism more susceptible to infectious diseases due to an inadequate immune response to fight pathogens or infectious agents”, said Lenise Kim, doctoral student in Psychobiology at the Federal University of São Paulo (Unifesp) and member-director of the Association Brazilian of Sleep.

As stated earlier, napping also benefits the economy. According to studies done by the Center for Outreach on Sleep, in partnership with the American Academy of Sleep Medicine and the US Centers for Disease Control and Prevention, it was found that the low productivity of workers with sleep deprivation costs 136 billion dollars for US companies.

With so many benefits it’s good to put a nap in your day-to-day, and the best time for it is after lunch. “It seems clear that nature has dictated that adults should take midday naps, probably to escape the hot midday sun,” concluded William Dement, former director of Stanford University’s Sleep Research Clinic.